Five books that made me who I am today

When I started this blog earlier this year, one of my motivations was to share my love of books. Though I’ve always loved reading, there are many other things that I’m passionate about and that take up my time – films, TV, video games, as well as my academic interests. So far on the blog I’ve written a little bit of everything, but as I’ve just got my book to review from NetGalley (very exciting!), now seemed like a good time to focus a bit more on books and reading in preparation for the more regular reviews that will hopefully follow.

In this post, I want to talk about five books that I think tell you something about me as a person. They’re not necessarily my five favourite books, or five books that I think are perfect – rather, they’re five books that had a significant impact on me at some point in my life and contributed to the person I am today. I strongly believe that the media we consume throughout our lives shapes us in one way or another, whether it reinforces, challenges or expands our point of view.

The books mentioned below are in the order in which I THINK I read them – there’s a slight chance that numbers two and three should be the other way around, but I can’t quite recall. The first four are fiction and I’ve read each at least twice, while the final entry is non-fiction and I’ve only read it once (though I’ve been meaning to reread it for a while now). There are two male and three female writers, but other than that I have to say it’s not a hugely diverse list.

Although this was not intentional, it emphasises something that’s grown increasingly apparent over the last year or so – I haven’t read nearly as many books as I would like by writers from diverse and minority backgrounds. That’s something I’ll be addressing moving forward, and I’m always open to recommendations if you have them!

With that proviso out of the way, here are five books that made me who I am today.

Although technically the second book in Nix’s Old Kingdom series, Lirael is the first of three novels that tell the story of the titular character, followed by Abhorsen in 2003 and finally Goldenhand in 2016. We first meet Lirael as a teenager trapped in a world that she desperately wants to be part of, but where she feels like she just doesn’t belong.

The heart-wrenching depiction of Lirael’s loneliness and isolation, to a point where she even considers suicide, was pivotal for me when I read this as I was experiencing similar emotions. Lirael takes solace in the library and in a mysterious friend she inadvertently summons for herself, the Disreputable Dog, before setting out on an adventure and discovering who she truly is.

There is something very powerful, especially as a young person, about finding a character to whom you can totally relate. Finding Lirael made me feel less alone in a difficult time in my life because she was like me – bookish, a bit of a misfit, feeling like no-one understood (though I think that probably describes a lot of us as teenagers). This is why representation of diverse characters in all media, not just books, is so important – so that everyone can see someone who is just like them and know they’re not alone.

It’s been a few years since I last read Haunted, and if I’m being totally honest I’m not sure how I’d feel about it today. The reason it made such a huge impression on me is because it’s pretty damn horrific, and I read it at what would probably considered a very inappropriate age (probably around about the time I watched Event Horizon, which had a similar effect). I remember always being quite fascinated with dark and twisted stories, and my favourite bits of films and books were usually the gory, scary, trauma-inducing ones (I’m looking at you Black Cauldron and Watership Down).

Haunted was a whole other level of inappropriate for me at that age. Wikipedia describes the dominant motifs of the book as ’sexual deviance, sexual identity, desperation, social distastefulness, disease, murder, death, and existentialism’. Although the book is essentially made up of short stories, there is a frame narrative that links them all together, which is another element I found altogether fascinating.

Although my first relationship was an absolute disaster in many ways, I will always be grateful to my first boyfriend for introducing me to Robin Hobb. Up until around 15, I was still mainly reading teen / young adult fantasy with the exception of frequent rereads of The Lord of the Rings. Robin Hobb was the first writer of modern ‘grown-up’ fantasy that I really fell in love with, and that started with Assassin’s Apprentice and my immediate adoration of tragic hero FitzChivalry Farseer.

Hobb’s magic systems also caught my attention, as I’ve always enjoyed the various ways fantasy authors contrive to make magic work. In setting up the two opposing magics of the Skill and the Wit, which coexist uneasily within Fitz in the same way as his dual status as a member of the Farseer royal family and an illegitimate bastard, Hobb sets up a tension that haunts poor Fitz throughout Assassin’s Apprentice and its many sequels. Luckily Hobb’s output in the Realm of the Elderlings has been pretty prolific, so there’s plenty of nice chunky fantasy novels to sink your teeth into!

In the summer between the second and third years of my undergraduate degree, I spent six weeks in Canada on an internship. It was absolutely terrifying, the first time I’d ever been so far away from family and friends and travelled like that on my own, but it was also brilliant. I met a lot of really cool people, one of whom I still think of affectionately as my ‘Canada mum’. This was also the summer when Fifty Shades of Grey and its sequels were ABSOLUTELY EVERYWHERE.

Canada mum and I were both reading Fifty Shades of Grey at the same time, discussing it as we progressed. Although everyone was talking about how scandalous the books were, she said it was nothing compared to another series she’d started – and she just happened to have a hard copy of the first book around, if I wanted to give it a go. That’s how I first got my hands on J.R. Ward’s Dark Lover and folks, I never looked back.

Dark Lover and the rest of J.R. Ward’s Black Dagger Brotherhood series may be described as paranormal romance, but let me be frank – they are FULL OF SEX. In my opinion, they’re also surprisingly good stories (though a little formulaic) with some complex world building around Ward’s vampire society and the never-ending war between them and the lessers, their mortal enemies. This is the series that really got me on to paranormal romance (by which I mean supernatural smut) and it makes for really enjoyable reading.

I remember first reading about Louise Green on Buzzfeed, in an article called ‘This Plus-Size Trainer Has Genuinely Helpful Advice For Starting To Work Out’. I was still somewhat in the clutches of Slimming World at this point, though at the same time I had discovered forms of exercise I actually enjoyed (Zumba and Strong by Zumba) and was a bit disappointed that my SW group didn’t talk about exercise much and instead just wanted to discuss the many uses of quark.

I ordered Green’s book, Big Fit Girl, and reading it was a game changer. Although I’d already been reading bits and pieces about bigger bodies and body positivity, this was the first full-length treatise I’d found that really made me think about my body, the way I treated it and my relationship with it. It led me to other activists and influential figures who have inspired me, like Jes Baker, Meghan Jayne Crabbe, Jessamyn Stanley and Sonya Renee Taylor.

And there you have it, five books that hopefully tell you a bit more about me! What about you? What five books have helped to make you the person you are today, and why? Are they fiction, non-fiction or a mixture of both? Let me know in the comments or on social media!

This site uses Akismet to reduce spam. Learn how your comment data is processed. 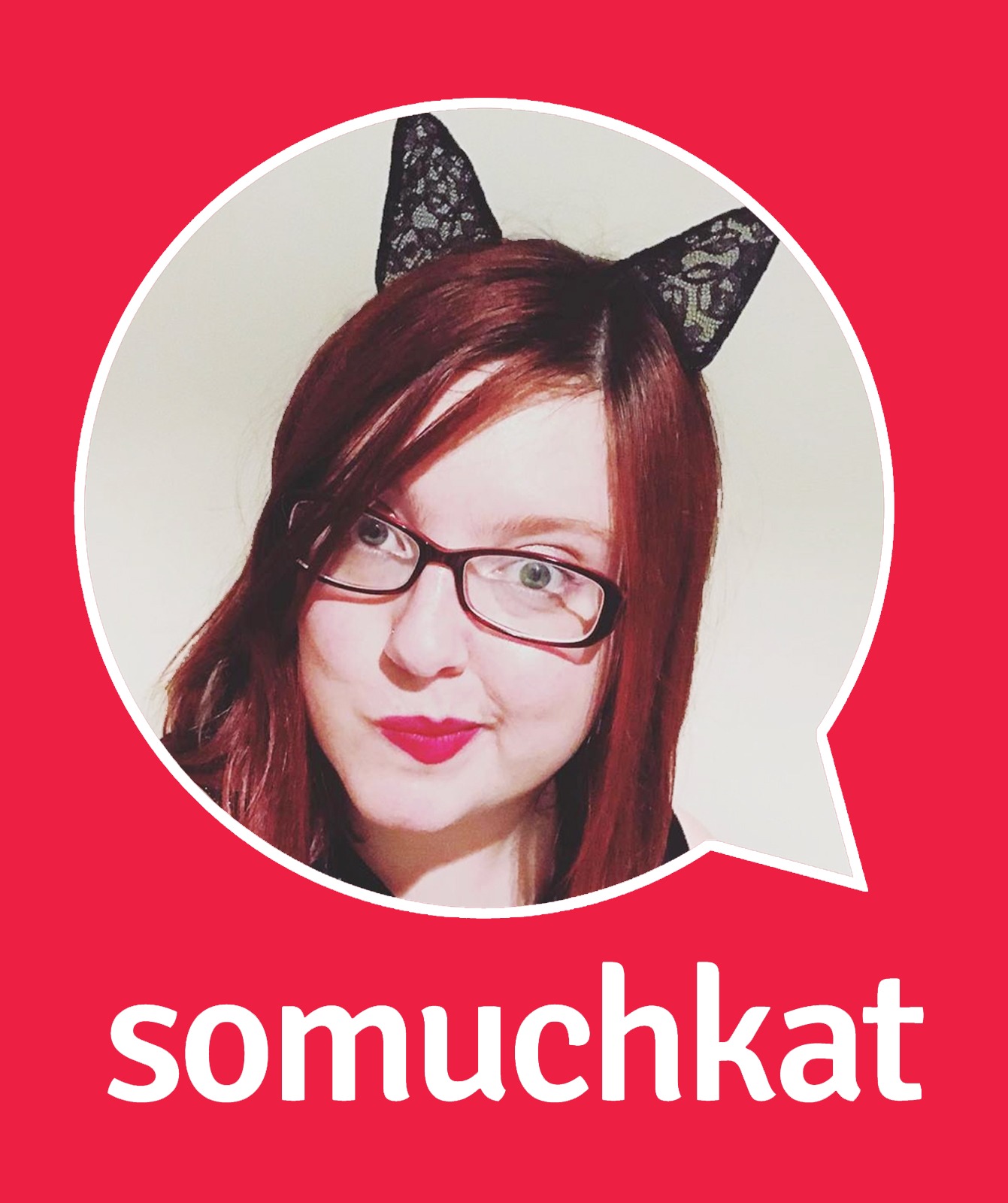